Meditation does not consist simply of being still, or of keeping silence, or of exploring the past, or of withdrawing from the outside environment, or even of pondering with concentration and depth. It is somewhat more complex and may have some health benefits.

Even if you have never been interested in oriental culture or have no idea what Mindfulness is, you have surely heard about meditation and its benefits on countless occasions. You may not be clear about what meditation is since this term encompasses a wide variety of techniques, beliefs, methodologies, and procedures.

There is no single way to meditate, nor do all those who indulge in it pursue the same goals, even if they sometimes resemble each other. It is not simply a matter of standing still, or being silent, or exploring the past, or withdrawing from the outside environment or even pondering with concentration and depth. It is somewhat more complex and may have some health benefits.

If we go to the dictionary of the RAE (Royal Spanish Academy), we find that meditating is ‘thinking carefully and care about something, whether it is a decision, a problem, a person or a topic, whatever it may be. But we are not talking about this either, but about something more specific and that sometimes has its roots in religious, mystical, or transcendent rituals. For this reason, it is not possible to identify a single definition that sheds light on this broad set of practices in which faith often plays a leading role. Do you know what are the most practiced types of meditation?

Buddhist meditation
At present, there are many variants of it and it is the most relevant practice of Buddhism and a reference for its followers. It seeks to achieve physical and mental harmony by achieving a state of tranquility and relaxation that enables the development of knowledge and intuition. It involves mindfulness in the now, in the present moment, avoiding distractions that may come from past or future moments.

In its religious or philosophical context, Buddhist meditation is conceived as a practice of transformation, of the evolution of people and their social environment. Not in vain, for more than half a century it has become a way of life for millions of people in the West, beyond religious beliefs. Contrary to common clichés, its purpose is not to withdraw from external reality, but to achieve balance with it, in a state of full consciousness and serenity. The posture of the body, the breath, the attitude, the attention, and the thought is the critical aspects that are part of these ancient meditation techniques.

Mindfulness Meditation
It can be said to be the Western, contemporary, and secular adaptation of Buddhist meditation procedures. However, its mystical or spiritual connotations are noticeable. Its purpose is to achieve a state of consciousness and attention focused on what is happening inside us at every moment, leaving aside ideas or concerns that can lead to distraction or discomfort.

In some way, its practice tries to free us from prejudices that keep us from the ability and serenity to pursue goals and enjoy well-being. It uses procedures largely similar to those of the Buddhist ritual, involving body posture, breathing, muscle relaxation, mindfulness to the ‘now’, and the perception of one’s own thoughts.

It has its origin in Zen Buddhism and is quite widespread in Asia, although it also has many followers or sympathizers in the Western world. It differs from the more traditional variant in its desire to dispense with or eliminate everything that is superfluous or unnecessary to achieve the desired state of ‘balance’. From their point of view, what is not essential represents an obstacle to attention and full consciousness in the now. It pays special attention to the control and well-being of the body to reach its goals.

Transcendental meditation
It has its origin in the so-called primordial sound meditation, which is based on the use of mantras or ‘sacred words’ that are associated with states of well-being. The pronunciation of the aforementioned mantras, like a whisper, can become with the habit an impulse or trigger to promote states of mindfulness, according to its followers. For this, it is necessary to link the aforementioned words to breathing exercises, reflection, and the adoption of certain body postures. It places its background in Hinduism.

Benefits of meditation
The different forms or techniques to meditate are countless and their exercise extends to the most unsuspected confines and cultures. Almost all the most deeply rooted religious confessions have among their rituals or precepts some form of meditation, be it even as prayer or transcendent dialogue with the deity. However, many people include them in their daily activities without sharing any faith, either as part of a philosophy or a set of non-strictly religious beliefs, also relying on the health benefits that they can bring.

Some scientific studies suggest that the regular practice of meditation could improve memory performance, reduce stress, improve concentration capacity or even help control physical pain, among other benefits. In any case, it is not conferred therapeutic power by itself, but rather as a technique to complement certain treatments or even help in the prevention of health disorders.

Meditation is only focusing on many things

Meditation has benefits for our health 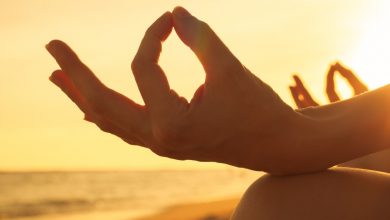 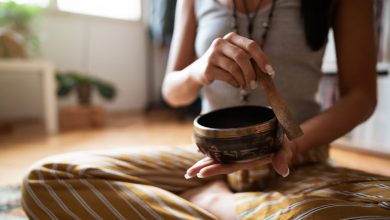 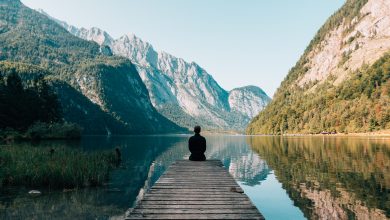 Mediation Is All About Awareness