Crystals and chakras meditation is an ancient form of Indian spiritual practice. It aims at opening subtle chakras or energy centres located in all human beings. These energy centres, once opened and stimulated, can produce a variety of positive effects in the human body including increased longevity, a stronger immune system, a lower stress level, enhanced creativity and intuition, etc. Crystals and Chakras Meditation can be practised by anyone, let them be the tools to help you balance your overall energy fields and deepen your mediation experiences. Since it is about meditation, I shall not touch too much on Crystals and Chakras.

When it comes to meditation the aid of crystals to amplify your chakras. It is important to note that the principle behind crystals and chakras meditation. It is not something new, however recent studies have highlighted how meditation can enhance and change one’s life. In fact, several researchers at prominent institutions around the world have conducted studies on the benefits of meditation. All these studies concluded that guided meditation is the best method for improving one’s health, emotional well-being, as well as his ability to perform exercises properly.

Crystals and chakras play a vital role in meditation because they help keep the practitioner grounded and in harmony with the surroundings. According to popular belief, crystals are representative of one’s inner being. They also serve as a way of identifying one’s specific chakra and healing it. During your meditation practice, you are in a heightened state which allows you to interact more powerfully with the crystals, more susceptible and receptive to that energy.

Using crystals for your chakra meditation can be done in your own sacred sanctuary, just make sure there is enough natural flow of air for you to do deep breathing exercises comfortably and release all negative energies out into the universe. One way of doing it is by “lifting the crystals” with your left hand, the practitioner will inhale the energy of the crystals and gradually move the hands over to the area with the intent to pinpoint the exact point where they are located, normally at the various chakras.

Crystals are also believed to channel positive energy. When a person first doing deep breathing with the aid of the crystal, his or her body will be put into a relaxed state. This enables the practitioner to focus on the chakra that is being worked on. The energy from the crystals will then flow into the body. You might feel some kind of vibrations, warmth, tingling or some other sensation coming from the crystal. These sensations allow practitioners to achieve balance by strengthening areas that may be weak and by restoring overall energy levels inside the body. This is also a form of healing for people who suffer from illnesses.

When the bodies become more in sync with the resonance of the meditation crystals, their healing properties are more easily received. The energy from the crystals travels through the body that helps promote relaxation and counter stress and anxiety. The soothing properties of crystals have been proven to have a positive effect on the mental and emotional state of people. In addition, crystals enhance the mind’s ability to focus and connect with your higher consciousness to deeper realizations, insights, and spiritual awareness.

The concept of crystals and chakras has become popular in the west and is gaining recognition in many other parts of the world. The principle of bringing balance to one’s life began in ancient times when healers realized that stones with certain markings on them corresponded to certain parts of the body. These gemstones would then be used to transfer energy to the area needing the most help. From there, this technique grew into the idea of matching crystals to corresponding areas of the body, much like an energy bracelet or other accessories.

Over the ages, crystals and chakras meditation has continued to gain followers. One of the reasons why they continue to be so popular is because they are easily obtainable. In addition, most crystals are not only beautiful to look at but can also provide a wealth of information on how to live a healthy life. (e.g. Feng Shui and positive energy flow.) For example, blue can signify harmony in relationships while purple can represent great power. No matter what your needs, there is likely a crystal or chakra that will match your current needs and desires.

Although crystals and chakras meditation are both useful, they work best when used together. Some people combine them with music, scent and Tibetan Singing Bowl to amplify the effect. You must remember to use chakras in the proper way and to be consistent with the alignment process. The most important part of crystals and chakras meditation is to take the time out to get the alignment done the correct way and on a regular basis, so, take your time, don’t rush. 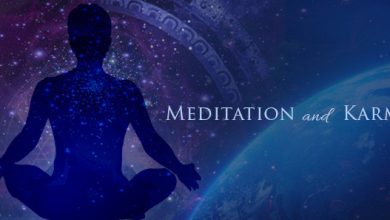 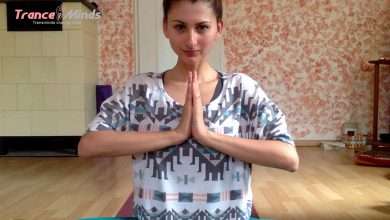 Meditation is only focusing on many things

Connect With The Spirit Guide 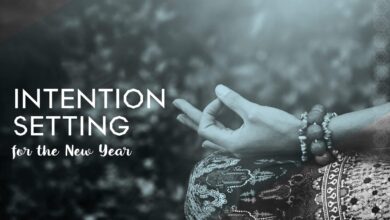